In the late 1970’s one of the bands that I was in, as the keyboard player, was an “Elvis Presley Band” in LA. We didn’t play for the real Elvis Presley. We specialized in backing many of the Elvis impersonators that, in the 70’s and 80’s, seemed to be everywhere. Someone once said that “one in every six people on the earth is an Elvis impersonator.” We played for impersonators of every size, shape, and description. There were female, black, midget, short, fat, and tall Elvis impersonators. The best impersonator who we worked with made a great Elvis, but, in real life was kind of a strange guy. His name is Bobby Greer.

When we went to our first rehearsal with Bobby, at a studio in Hollywood, he was late. We were all standing out in the alleyway waiting for him when up he drove in a white, giant limousine. Bobby made kind of a grand exit from the limo, stepping out wearing one of Elvis’s Las Vegas outfits and some gaudy, gold sunglasses. The suit must have weighted over 100 pounds. Bobby wasn’t just Elvis on stage – he also never broke character during the entire rehearsal. I found that really strange – and calling this guy “Elvis” all the time felt really odd. So until he came back down to earth I just called him, “Hey Man.”

Bobby carried the whole Elvis thing a bit far. At one point during our time with Bobby, he bought a house in Palm Springs… because Elvis had a house there. But Bobby really was a great entertainer. He was handsome and the crowds really liked him.

We were playing a sold out show at the Disneyland Hotel in California the night that the real Elvis Presley died and the reception we got from the big audience was down right weird. During most of our shows, some girls would throw their underwear up on the stage (to Elvis). They do that for a lot of performers. That’s never happened to me. Once the manager of the hotel threw my room key attached to my bill, as a hint. Anyway……these girls were so distraught about the real Elvis dying that they were throwing valuable things like turquoise rings, and gold necklaces!

The bass player of the group was a guy named Mickey Rooney Jr. and he was the movie star’s first son. Mickey Rooney had a lot of kids – I guess that’s to be expected when you’re married eight times. Mickey Rooney Jr. was twice the height of his father. Junior was also on the “B-squad” of the Mouseketeers. I didn’t even know they had a B-squad. But, Mickey Jr. was a very talented guy.

One night Mickey Jr. was doing a showcase at the Palomino Club to try and get a record deal and he used me and the Elvis band to back him up. The Palomino Club was where they filmed “Any Which Way But Loose”, with Clint Eastwood, and it had a great atmosphere. 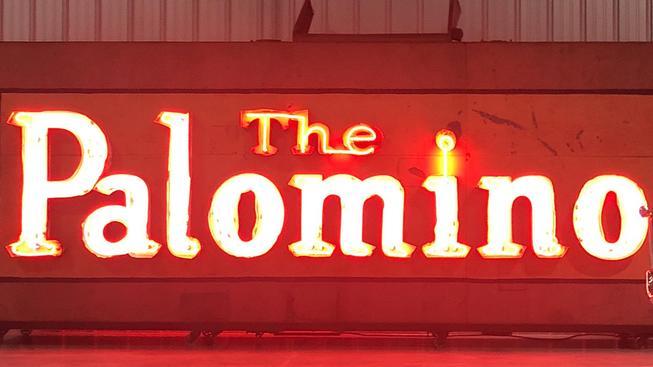 I lived about forty-five minutes from the Club and I was running late that night. I couldn’t find any underwear and was forced to put on my tight black pants without underwear. Everybody except Mickey Jr. was wearing all black.

Well, I got there late and had to pee like a race horse. Unfortunately, the bathrooms were way in the back, quite a distance from the stage. I ran to the bathroom and, while I was peeing, I heard my name called from the stage. The voice sounded angry. Having no underwear posed a problem when I had to stop peeing before I was finished! I knew there would be some leakage that would probably show, as I walked across the stage to my keyboards. So, I went into the toilet stall and wrapped a whole bunch of toilet paper around my “Old Fella”. I stuck it in my pants and moved quickly to the stage.

As I was walking up the stairs to the stage, one of the tables right in front was filled with all girls. I looked at them and smiled but they weren’t looking at my face…they were looking at the giant bulge in my pants because of all the toilet paper I wrapped around “Mr. Happy.” By the time I got to the last stair I was strutting as I walked across the stage to my piano.

It was a long show, maybe an hour-and-a-half. And all the lights were making us all sweat like crazy. When the show was over I started walking down the stage stairs and, all of a sudden, I remembered that I had a giant sausage in my pants. I looked over at the table of girls expecting a big smile but they weren’t looking at my crotch or my face. They were looking at the bottom of my black pants. Bits of toilet paper were falling out my pant legs. All the sweat had shredded the toilet paper.

For once in my life I was glad that the audience wasn’t demanding an encore – I was never so happy to get off a stage!