9. Fitting in, and, Falling Down in Australia 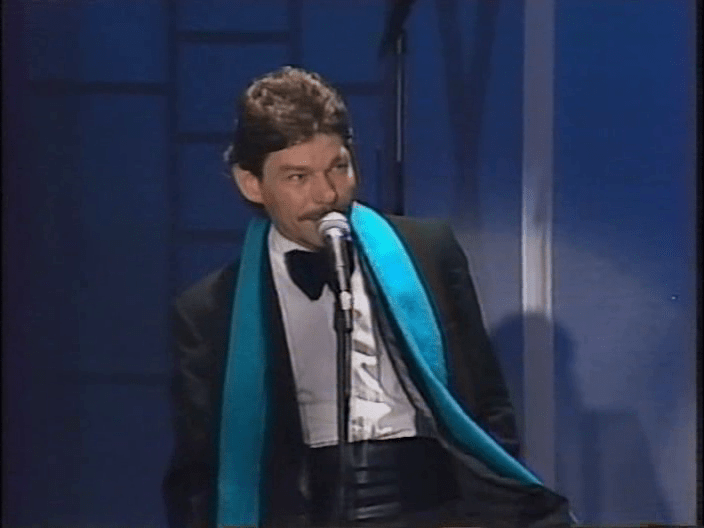 Fitting in and falling down in Australia

I spent the 1980’s in Australia. I was initially hired by Rose Music/Australia who distributed all of the Yamaha musical equipment including grand pianos, pro-sound equipment and synthesizers and keyboards. I had signed a one-year contract with the vice-president of the company, David Phillips, who had flown out to L.A. to meet me and then offered me the job. At the time my girl friend said she’d go with me but only if we got married. I loved her and had never been married and we decided to be married right before we left for Melbourne, Australia. We are still married.

There was a little problem…Yamaha had sent me my contract, and, a plane ticket – one plane ticket. Well, now I needed two tickets and they were very expensive. I called up my new friend, David Phillips, and told him I needed another ticket because I was getting married and he said, “Well, good on-ya, mate.” I had no idea what he said – what he meant – but another plane ticket arrived soon after our conversation. I remember getting off the phone and saying to a friend who happened to be visiting me, “I’m not sure if I still have the job…it sounds like the guy just told me to go fuck myself.”

After I’d been in Australia for a while I started to get better acquainted with their accent, and, their new strange sayings. One day I was in the recording studio and I played kind of a tricky piece of music and the producer said to me, “Hey, Good on ya, mate.” And I said, “What does that mean?” He said, “It means, way to go, or good-going.” That was good news. I had a lot more to learn about this fascinating place.

I stayed with Yamaha for four years. I was constantly traveling around the country and playing in New Zealand and Japan and doing demonstration concerts for musicians, and, school concerts for kids. I had a show for the schools that I had worked out. One of the synthesizers made a whole lot of sound effects. The kids had a favorite sound – the steam engine train. I’d start it very slowly and really loud and then speed it up and blow the steam train whistle. The kids would go nuts…it really sounded real.

At this point, let me explain something about most of the musicians in “OZ” (Australia). They love a few beers and, then, a few more…and on and on. Once I was going to do my stream engine demo in Tazmania for a bunch of the kids and I’d spent the night before staying up late, with some Aussie mates at a local pub. The next day while I was doing my steam train demo, it was very loud and I was very hungover. Ugh – my head was just exploding! Of course, I wasn’t getting any sympathy from my mates. In fact, quite the opposite. They thought it was a great joke and their only suggestion was for me to try “a hair of the dog that bit me”. That meant going right back to that pub, from last night, and having another beer after the show. Well, that was the last thing I wanted…but, ya know what…it worked.

Speaking of beer and pubs: I’ll never forget a funny thing that happened to me, once, when I was in Brisbane. I was in town for Yamaha and I was in my hotel room. There was a little flyer that listed things to do, and, places to see in Brisbane. One thing caught my eye – it was an advert for a local bar that was advertising “FREE BEER FROM FOUR TO EIGHT!”. Well, that sounded like one helluva deal. So, I made my way to the pub and ordered a beer. The bartender handed me my beer and said, “That’ll be five dollars.” I was confused and said, “Hey, I thought your sign said “free beer from four to eight”. And, he replied, “Oh, “Free Beer” is the name of the band….how do you like ’em???”

After 4 years with Rose Music, I became the music director of two new TV shows in Sydney and, later, became the music director of Channel 7/TV which broadcast nationally from Sydney, Australia. One of the TV shows was a live late night show modeled after the David Letterman Late Night Show in the USA. Our show had a fantastic band with a rotating 5th member every week like Tommy Emmanuel, and, was broadcast live every Saturday night. More about this wonderful experience later. 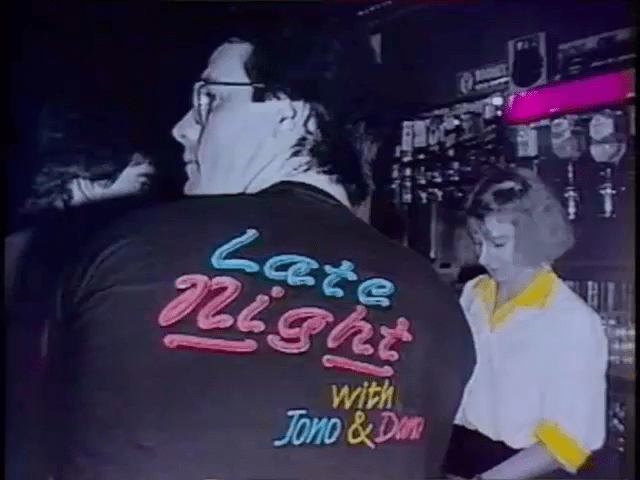 The other TV show was called “The Have-A-Go Show” and it was a take off on the “The Gong Show” in America, except we had two hosts instead of one. Jono and Dano were the funny hosts and were famous D.J.’s in Sydney. The show was shown nationally every day at 5:30 PM.

During my TV jobs I would receive numerous invitations to parties, grand openings, stage shows, and new movie openings. I, apparently, was on some A/B invite list because invitations streamed into my office which was at our producers, Hanna Barbara. When I wasn’t music director anymore most of those invites dried up. Ah…The price of mini-fame. During this time I wrote and recorded many station I.D.’s for Channel 7,T.V., show themes and many product advertisements for John Singleton. I got to use the best musicians in Sydney and Australia. More about that later.

One day I received an invite to a brand new night club opening in Sydney. I think it was called “Rouges.” It was forty years ago and it could have been another name but, I think it was Rogues. Well, I decided to attend the event and I went by myself. It was a big deal. The public was standing behind red felt cords hoping to see some of Australia’s movie stars, TV show stars, music stars and models. There was actually a red carpet there. It was kind of embarrassing. Some of the people did recognize me from the TV shows but others (most) didn’t have a clue who I was, and, in an Aussie accent I heard, “Hey mate, who the Hell are you?” I said, “You’ll have to guess,” and kept walking.

I was glad to finally get to the front door. The door was opened for me and the inside of the newly remodeled club was beautiful. The colors in the room were light grey, shiny black, maroon and silver. It looked beautiful. I noticed that nobody was walking around. Everybody had found a place where they could lean against a wall, sit on a bench or sit on a stool. Everybody was checking out the next person to come in the door. I quickly glanced around the club and didn’t see anybody I knew or who I could go sit with. Everybody was staring at me.

One of the beautiful things in the club were these bright, silver poles spaced about every eight feet throughout the main room. I wanted to get out of the spotlight, so, I picked a silver pole about fifteen feet from the door and in my most casual gait I walked to the pole. Everybody was still looking at me.

I arrived at my bright silver pole and leaned my whole body weight against the thing. That’s that’s when I discovered that it wasn’t a round, bright, silver pole… NO – it was a round bright silver beam of light that looked like a solid, silver pole. Well, I landed with a crash, sprawled out on the floor. So much for blending in. Most of the people who were looking actually turned away, I think, because they were embarrassed for me. The next time I went to that club, I wore a T-shirt that said, “I’m not who you think I am!” 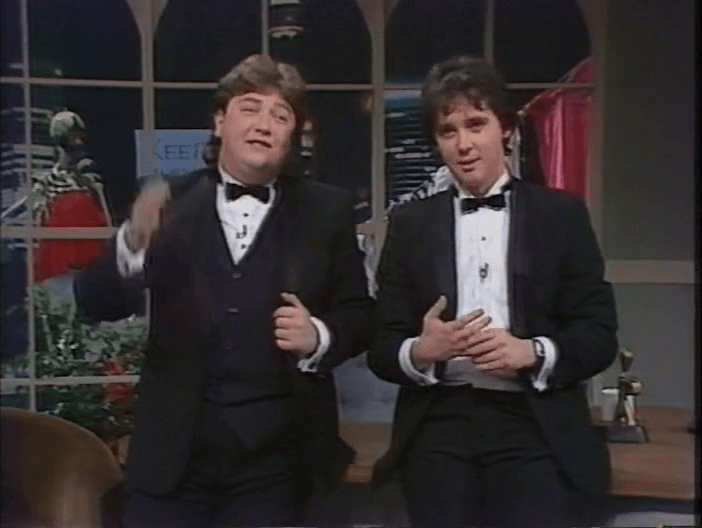 One thought on “9. Fitting in, and, Falling Down in Australia”