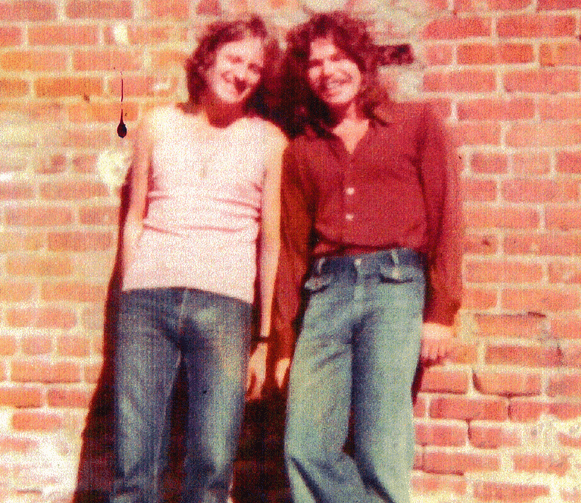 During the mid-70’s, after my MGM contract had run out (that’s another story), I was manager of the keyboard/synthesizer section of Guitar Center in Hollywood, California. At that time I believe it was the biggest music store in the world. It was open every day of the week and the salesmen worked on straight commission. That meant if you didn’t sell something you made no money – there was no hourly wage. A bad salesman could work ten hours a day, seven days a week and, if he didn’t sell anything, he would go home at the end of the week with ZERO dollars. And, of course, if you didn’t come to work…no money, at all. 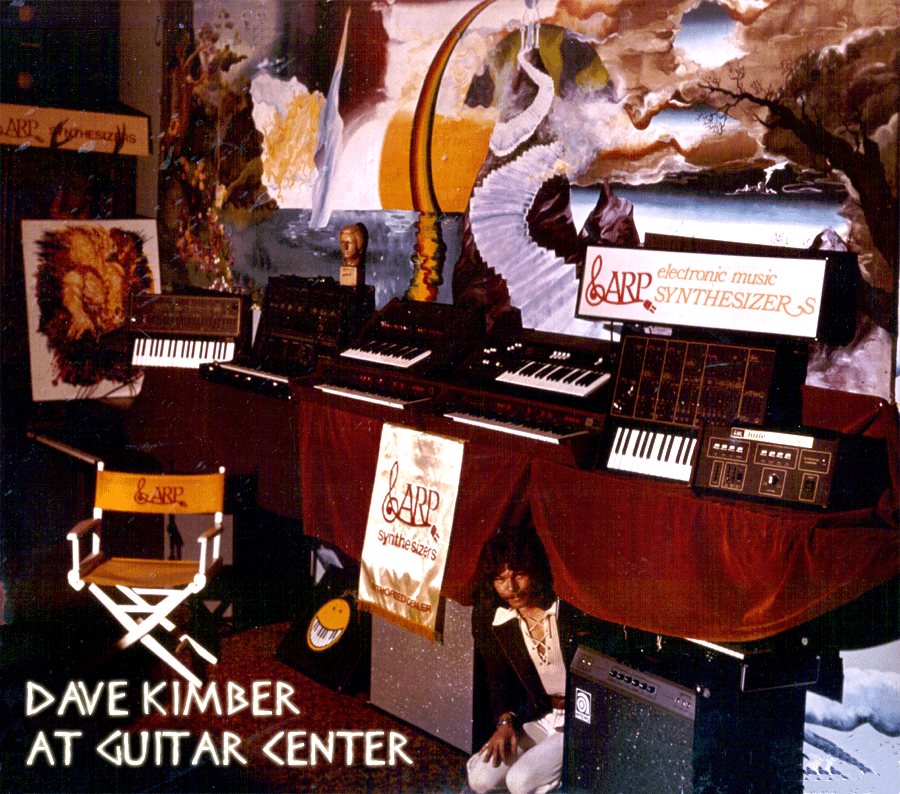 Hollywood is a crazy place and The Guitar Center was the headquarters for crazy. It was, also, a fascinating place. Someone once told me that Hollywood was filled with crazy people and that there must have been a “geographical dip” in the earth at the doorsteps of the Guitar Center that sucked in all the “Flakes” and “Space Cookies”. It seemed like the craziest people always just rolled into our store. Of course, the other half of the clientele were serious musicians and a lot of them were “stars” from around the world. John Paul Jones from Led Zepplin told me once that “star” spelled backwards was “rats”. I don’t know why he wanted to point that fact out to me when he was making millions of dollars a year by being a great musician and a star….

I first met John Paul Jones and Jimmy Page at the Guitar Center in the middle 70’s. The whole band (Led Zepplin) was kind of hiding out in Southern California to escape the British Tax system which at one point, they told me, was charging them 95% of their income. It was funny but each member of the group had his own type of preferred transportation. I only got to know two members of the group…Jimmy Page (guitar) and John Paul Jones (bass and keyboards).

I remember Jimmy always had a chauffeur driven limousine wherever we went, especially at night. It was like going to the Academy Awards Show. Every time we pulled up to a club and got out of the back seat of the limo, the crowd outside of the club would go nuts yelling and screaming. I learned not to get out first because no one knew who the Hell I was. The whole process worked a lot better when Jimmy got out first. Especially Jimmy. He really looked like a rock star. Big frizzy hair, handsome face and he was a genuinely nice person. He looked approachable.

John Paul Jones was a little different. He was about my size, which was well over four feet. Just kidding, but, neither one of us was tall. John would come in the store and come back to my keyboard room which was a giant room filled with keyboards. It was like a candy shop, but instead of shiny jelly beans my room was filled with shiny synthesizers and John would come in and sit next to me at my desk while I talked to customers. No one recognized John Paul Jones. He usually had on jeans and a white t-shirt. The only thing he had on that looked “rock-starish” was a pair of tennis shoes that looked like they were made of green kryptonite. But, no one recognized him. I used to say things to my customers like, “Do you know who you guys are sitting next to?” They would say, “No”, and I would tell them, “This is John Paul Jones of Led Zepplin.” And their eyes would get real big and they would get so excited that they would either get nervous, or, not believe me at all. And those would be the awkward moments. I could be wrong, but, I kind of got the idea that John wanted me to introduce him. That’s a little odd because when I finally went to see them in concert at the Forum in LA, there were 50,000 screaming fans who loved them like the Beatles.

I had never been to see them before and when I told Jimmy Page that I had never seen Led Zepplin he gave me a back stage pass for their upcoming show. Back stage passes are strange things – kind of a mixed blessing. Everybody wants a backstage pass because you can get close to the band. But they can present kind of a weird problem as you can’t really see the band from backstage, and, a backstage pass is just a backstage pass – it doesn’t reserve you a seat out front. For instance, once I went to see David Bowie and I had a back stage pass for his show. I stepped out front for a minute to really see the show, where I was standing next to some seats. A security guy, who looked like a giant version of Charlie Manson, came up to me and said, “You can’t stand there. Do you have a ticket?” I said, rather proudly, “Yes, I have a back stage pass.” And he said, “Then get back stage!” So, I did, and that’s another story.

John didn’t ride in a limo. He had a beautiful, bright red, sports coupe – a Mercedes convertible. John Paul Jones was, and is, incredibly talented. He is the bass player but also plays the keyboards and synths. One thing that John wanted along with every other piano player in the musical world was an electric piano that really sounded like a real acoustic piano, without weighing a ton. In other words, he wanted a “portable grand piano. All of the music companies were trying to make one. Yamaha came up with the first one. It sounded like a real piano because it was a real piano with real strings, and, amplified. It also came apart so that there were two pieces to move, which is what made it “portable.” But, both pieces were actually very heavy. It was portable if you were a gorilla.

Roland was one of the first companies that tried to perfect the actual sound of an acoustic piano in an electric, portable keyboard. They also tried to perfect the feel of a piano. I mean real pianos have wooden or ivory, heavy keys and the harder you hit the key the louder the piano sounds. This is called “touch sensitivity”, which is something that piano players wanted in an electronic keyboard.

Well, Roland which was made in Japan came out with the first electronic piano that was touch sensitive. John asked me to set up a time to go to the factory in LA and play it. We were both very curious. We drove down to the warehouse in John’s red Mercedes and were led to a room with all the Japanese engineers and the president of Roland/USA. This was a big deal…if John Paul Jones liked the piano and used it on stage with Led Zeppelin the advertising would be worth millions. There were two pianos in the room. John sat at one piano and I sat at the other. We started playing and they absolutely SUCKED…the sound was too electronic and they felt too plastic. It was embarrassing but we made a fast get away, thanking and bowing all the way out to our car.

It took several more years to come out with an electronic piano that sounded acoustic. It happened after they invented sampling sounds. 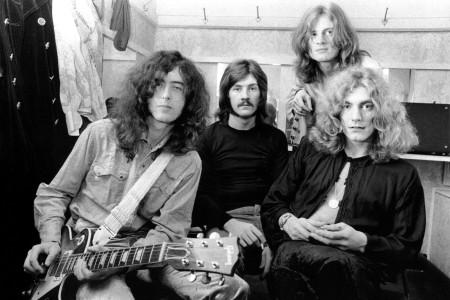 PS: A funny thing happened in my keyboard room at the Guitar Center. Jimmy Page came into my room to say good-bye. They were going on a tour. We had spent many all-nighters together in Hollywood and driving around in his limo. I had a picture of Woodsy Owl on my wall and Jimmy asked me why I had that picture on the wall. I told him that I did the “Woodsy” song. He told me that his young daughter loved the song and the cartoon and would I sign a Woodsy picture. It just so happened that I had about 10,000 pictures of Woodsy so I said, “Sure, if you sign a piece of paper for me.” We exchanged signatures and I didn’t see Jimmy again until abut eight years later when we met up again in Sydney, Australia. He was truly a wonderfully talented genius and really a nice person. I’m lucky to have met him and John Paul Jones.